If you can't communicate, how can you do business? 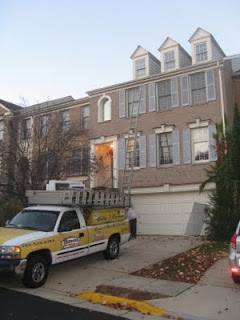 As the energy tax credit supposedly expired on December 31, 2010, we had our leaky, 25+ year-old front windows on our townhome replaced. We used the same company that we used for the back windows three years ago: The Hodges Company in Arlington, Virginia.

They aren't the cheapest shop in town, but they are fabulous. 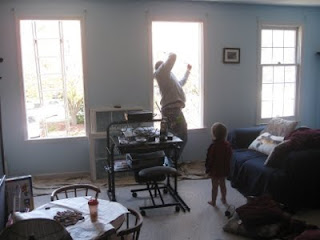 They send out a crew of two guys who really know their stuff, and can speak excellent English to communicate this knowledge. Three years ago, they talked to us about issues with our one sliding door frame, and also took out a wasp nest. This time, they talked to us about some serious issues that had been introduced to the dormer windows on our room because of how our new roof had been installed four years ago.

So let's talk about that roof experience, for comparison, from Masters Roofing. That crew was all hispanic, and none of them spoke very good English. The would have been fine if I was in Mexico. But it's sort of problematic here. I can speak some spanish, but not enough to communicate complex construction ideas. We were a little worried about what was going on up there, 4 stories up, but there was no one we could talk to. And as it turns out, what was going on up there was that the work was not being done correctly.

Don't get me wrong; I'm all for people speaking multiple languages. But if we want to remain one Great American melting pot, as opposed to a collection of disparate pots sitting next to each other, we really need to make English the official language. One language needs to unite us for commerce, government, and large collective events, while individuals retain their german, spanish, indian, chinese, russian and other heritages for interactions with family and friends.

This seems like a pretty important topic, but no one wants to talk about it. Instead, the country is starting to slowly divide. What are others seeing and feeling about this?
Posted by The Nitpicky Consumer on Sunday, January 02, 2011

Email ThisBlogThis!Share to TwitterShare to FacebookShare to Pinterest
Labels: green, home, Made in USA, taxes